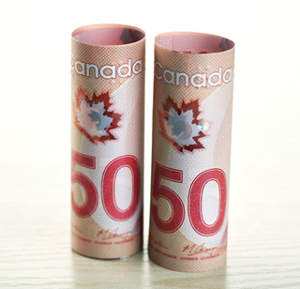 Canadian wage earners are losing up to $3 billion in free money per year by not participating fully in their employers’ defined-contribution (DC) pension plans, per a recent report. Businesses are paying out only an estimated 40-50 percent of their available matching funds. Industry experts are studying this disappointing phenomenon so pension fund managers and employers can help more workers save for retirement. Consult an Alliance Financial advisor to set up or modify your organization’s group retirement plan.

Employees and businesses make DC contributions with expenditures varying by plan. Some minimums are mandatory while others are voluntary. Typically, companies match 50-100 percent of workers’ portions at up to 3-6 percent of their earnings. Staffers who opt out of any amounts miss all employer matches. Those who make partial allocations receive limited matches. DC plans base retirement income on market returns instead of guaranteed payouts.

Morneau Shepell’s Fred Vettese conducted an actuarial analysis of ample DC pension plan data that included many participants who weren’t consigning enough money to get their companies’ full matches. He learned that around a third of employees didn’t save optional amounts ― even when their employers provided 100-percent matching. As much as two-thirds didn’t opt into voluntary contributions if basic required sums they were making already were high at 4 or more percent of their pay.

The investigation didn’t confirm the expectation that older workers’ outlays would be greater because they’ll receive their employers’ money sooner. Age played a minimal role, especially when Vettese corrected for salary variations. In certain groups, one-fifth of 50- to 59-year-old staffers didn’t choose to make discretionary contributions. Salary levels at and below the nation’s average wage amount in the lower $50,000s influenced elective investment rates significantly.

At one company, people around 45 opted out of the DC plan based on their salaries. They included almost 50 percent of those earning less than $50,000 but just 18 percent who made over that figure.

In plans with limited optional rates, most employees put in nothing or enough to warrant their employers’ maximum matches. This indicates that they based their contribution decisions on if they did or didn’t understand the matching concept instead of their paying abilities or anticipated retirement needs. 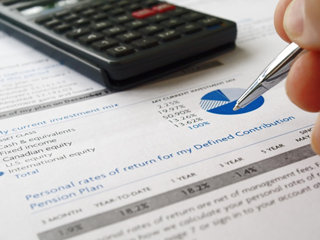 Why multitudes of workers fail to accept their employers’ full matching funds puzzles pension experts since 100-percent returns of just 50-percent matches are difficult to achieve elsewhere. Employees would need 15 years and 5-percent annual returns for a $5000 stock market investment to double.

Staffers’ reasons for not participating fully vary. Some don’t have discretionary income available. Younger workers earning below-average wages believe that they can’t spare that much of their income. They struggle just to raise children while meeting their mortgage payments. But not maxing out their employers’ matches hurts young investors who sacrifice the benefits that compounding investment returns provide.

Some wage earners don’t trust their employers, and short-service workers are less inclined to make voluntary allocations. For new hires especially, company-matching contributions may seem too advantageous to believe while they’re actually catch free. When employees lack confidence, they should realize that their DC pensions’ trust funds are secure ― even if their employers go bankrupt. Another benefit is that their organizations’ matching amounts don’t reduce their salaries.

Personnel who don’t like their DC plans’ investment options may prefer personal RRSPs. Vettese advises that DC plans’ employer matches offer better returns. Even without those extra funds, fees for group DC management usually are lower than private retail products. Because businesses deduct pension contributions from payroll, they decrease staffers’ taxable income while individuals make other investments after taxes. Employees who chose to spend their money today instead of saving for their retirement may not realize that they could amass up to twice as much with generous employer-matching funds.