Why Your Company Needs to Offer Group Disability Benefits 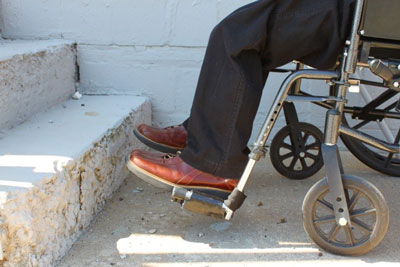 When businesses and workers weigh individual components in their employee benefit packages, many do not realize the importance of disability insurance. Countless people consider their largest assets to be their homes when their future income-generating abilities may predominate. Unexpected serious illnesses or injuries might leave personnel unable to bring in wages.

For staffers making $100,000 per year with 30 more working years until retirement, that could amount to a colossal $3 million in lost earnings. Not insuring that much potential income could be a very expensive mistake. When job compensation funds employees’ lifestyles, any losses ― from temporary to permanent ― could be devastating financially. Since disabilities may last months to years, having guaranteed monetary resources during any non-work periods can be extremely valuable.

Recent indicators demonstrate the overwhelming need for disability insurance. The average 30-year-old’s chances of sustaining a disability rank four times greater than dying prematurely before turning 65. One of every six Canadians will have a condition that prohibits working for three or more months before reaching 50. Typical leave lengths over 90 days fall between two and three years. Statistics Canada reports that disabilities limited the daily activities of roughly 3.8 million residents, or 13.7 percent of those 15 and up, in 2012. Nearly half of all disabled Canadians described their conditions as severe to very severe.

Some 72 percent of surveyed Canadians attributed disabilities to physical accidents when they account for under 10 percent in actuality. One-quarter believed that disabilities occur when people aren’t careful. Yet illnesses like cancer, cardiovascular conditions, musculoskeletal diseases like arthritis, and mental illnesses are six times more liable to cause disabilities than accidental injuries.

In 2014, over 50 percent of Canadians felt that pay delays of just one week would cause financial hardships. More than three-fourths believed that disabilities interrupting their careers for three months would cause serious financial detriments like amassing significant debts and reducing their retirement savings. But only about one-quarter of Canadian wage earners addressed how their potential disabilities could affect their families financially. Among employees who have missed work for previous disabilities, that 27-percent amount rose slightly to just 33 percent.

Large companies tend to include long-term disability coverage in their employee benefit packages. But options vary greatly between firms. It’s mandatory sometimes while workers at smaller operations may not have access to group coverage. Offering disability means that business owners, executives, and staffers who suffer from diseases or accidents that prevent them from working will receive welcome monetary benefits. Monthly payments last until they can recover enough to return to the workforce, turn 65, or pass away. 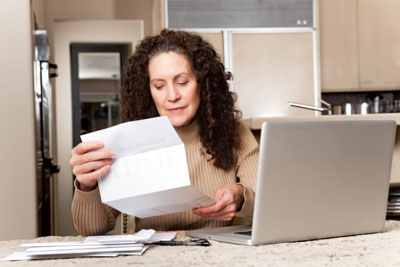 Two insurance types are available. One’s “own-occupation” coverage is considerably better since it defines “total disability” as one’s inability to perform his regular job. The second option, “any-occupation” coverage, outlines that condition as one’s ability to execute any job’s duties. So disabled staffers who could handle less-demanding jobs might not receive benefits. Some plans use own-occupation criteria for the benefit period’s initial two years. Then they switch over to follow any-occupation standards. Offering various coverage amounts will allow employees to choose the most suitable options for their unique family and financial situations. Usually, plans pay insureds some percentage of their monthly earnings when they’re unable to continue working. Personnel with dependents may select plans that cover 60 or more percent of their pay. Policies that replace 50 percent of salaries may be sufficient for singles without kids and mortgages. Plans with benefit caps might cover 60 percent of gross pay without exceeding $3000 per month.

Talk to an Alliance Financial advisor about adding disability to your group employee benefits in Canada. Then your human resources team can advise staffers on how to determine their needs. Most people can compare all other income sources besides their current earnings to the total of all basic expenses. Include mortgage or rent payments, utilities, credit card and loan installments, car payments, insurance premiums, food, clothing, transportation, and any other regular costs. Ideally, monthly benefits should make up the difference.

With disability insurance a key employee perk, your benefit package becomes even more competitive. Promoting this advantage will help your company recruit and retain talented team members. Many people who have endured temporary disabilities credit the relief that financial protection ensures for helping them focus on recuperating and resuming productive lives.